Submenu
Mari Ito (Japan/Spain) first solo show in the United States.
Japanese artist Mari Ito (Tokyo, 1980), who has been living in Barcelona since 2006, studied traditional Japanese painting at Joshibi University of Art and Design in Tokyo. In conceptual terms, her oeuvre is based on animism, which finds its expression in long standing Japanese techniques.

Ito invites us to reflect on the origins of desire, on our most irrational and personal impulses. The Id or "das Es" (as Sigmund Freud would say) split off from the ego and the superego is the psychic —therefore the purest and most primitive— expression of our drives and aspirations.

Ito's delicately formed creations come to life as they unfold into themselves, permanently striving to make their way towards awareness in their on-going search for the root of desire, whatever its nature. Completely opposed forces that actually complement and react to one another are interpreted by Ito in the same way, for they have the same value and form a duality that exists in natural harmony.

Tokyo's Zeit-Foto Salon gallery represents Ito in Japan, alongside other artists such as Nobuyoshi Araki, Yuki Onodera and Daido Moriyama, while in Spain she has been working with Tatiana Kourochkina Galeria d'Art since 2012.
+ Share 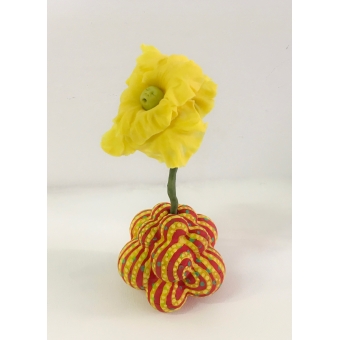