Submenu
A traditional master of Japanese painting, Hiroomi Ito belongs to a small category of Japanese artists who not only produce their own color pigments out of natural dyes, but makes the rice paper - the canvas – upon which the artwork is painted on.
In his first solo show, The Chrysanthemum and the Sword, Ito asks himself why there is a dichotomy in the Japanese psyche; the refusal to accept ones cultural roots and whether the fusion between the traditional and modern has indeed resulted in a loss of “….the pride of being Japanese”.
The first impression of Ito’s work is that of classical painting. The artists uses materials and techniques that echoes the style of ancient Japan. However, Ito’s subject matter is in fact a contemporary one; where the artist looks at Japan’s modern society and infrastructure, and how the culture of the family structure – the backbone of Japanese culture - has steadily disappeared; along with the pride associated to belonging to an old culture.
In his series “Unlimited desire”, Ito uses symbolism in his compositions. Inspired by
European 15th century still life paintings of the natural world, Ito depicts dishes typically
found in Asia, as a reference to both devotional and secular images. The paintings
communicate that the family head - or “lord of the home” as the center of the family, as an
individual who is healthy, wealthy and has the strength to protect the family from any ill
influences from the environment. Although the work uses a traditional style of painting, the
subject matter and content is distinctly contemporary.
The gold represents the wealth of the owner, or “master of the home”. The steam generated
by the cooking fire, represents the passion life, and the ability to have the strength to deliver
“food on the table” – to provide well for the home. The choice of seafood symbolically
demonstrates how the “master” has taste and is well educated, with the ability to choose
well for the family.
This will be Ito’s first solo show in the USA. The artist has shown in Tokyo and Spain. The artist lives and works in
Barcelona, Spain
+ Share 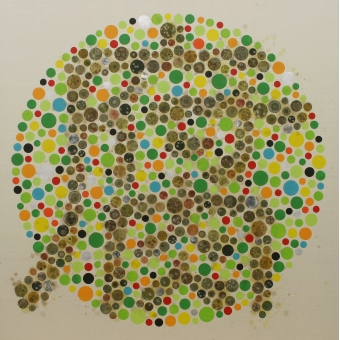